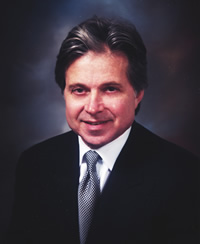 John A. Toker is a San Francisco attorney, arbitrator, and mediator. He is a graduate of the University of Pittsburgh School of Law and a member of the California and Pennsylvania bars. Mr. Toker was in private trial practice in Philadelphia and San Francisco from 1969 to 1981. From 1982 to 1997, he was a staff attorney with the Administrative Office of the Courts in California, concentrating on civil procedure, including alternative dispute resolution. He served as the ADR Administrator for the Santa Clara County Superior Court before being appointed in 1999 to his most recent position as the Mediation Program Administrator for the California Court of Appeal, First Appellate District, in San Francisco.

Mr. Toker has lectured and written on the subject of arbitration for the California Continuing Education of the Bar and local bar associations and has been a visiting lecturer in arbitration practice at the Golden Gate University School of Law. He has addressed attorneys and judges on court-connected mediation. He is the author of the California Arbitration & Mediation Practice Guide: Court-Connected ADR.